Lions, Puppets & Masks: The puppetry of Disney’s The Lion King

Since we were first introduced to the trials and tribulations of the Pride Lands in 1994, Disney’s The Lion King has dominated the hearts of all and has made us simply besotted with the story of young Simba the Lion. The film has spawned a sequel, a prequel, several TV series, an upcoming CGI remaking and of course, the award winning stage production –  a show that has been performed on every continent except Antarctica and translated into 8 languages. Just in London alone the show has delighted over 13 million guests, equating to one ticket sold every 40 seconds. Part of the magic that has enticed so many to partake in the musical has been down to the way Julie Taymor, the show’s director and creative visionary, has brought to life the animals of the Pride Lands via clever puppetry and mask-making.

“One of the most powerful elements of the film is the rich humanity of the animal characters,” Taymor said. “I wanted the human being to be an essential part of the stylisation. I wanted the audience to marvel at what a human being can do through true technical prowess.” 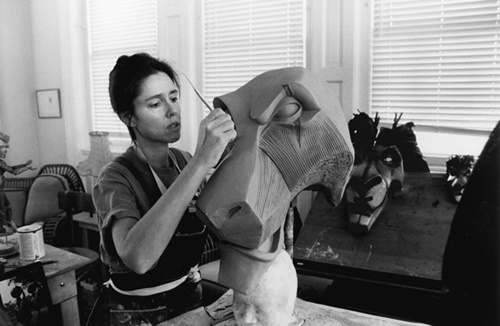 It’s something Taymor has since termed as the “double event”, wherein the characters each have a human element and an animal element. Neither is meant to overshadow the other, and both are used to showcase different sides of the character.

After the global success of the film, Taymor knew that people had already developed an intimate understanding of the characters, and that the familiarity they felt would need to be echoed on stage as well as in film, so together with Michael Curry she began work on designing them herself, hand-sculpting and painting every prototype that appeared in  the show.

To recreate these Lion King characters, Taymor drew on a wealth of experience she had travelling Asia in her youth, incorporating elements of Indonesian and Japanese theatre into her puppetry, such as the shadow puppets seen running through the grass of the Pride Lands taken from the former’s wayang-kulit, whilst the way Timon is animated by his actor finds its roots within traditional Japanese bunraku.

Taymor and Curry combined such a huge range of theatrical styles, conventions and traditions to develop an intuitive, engaging and most importantly, new kind of show. From shadows to masks, stilts, kites – nothing was off limits. In fact, what might seem as the classical idea of a hand-puppet is only seen once within the entire production in Zazu perched on the arm of his actor.

Some of the most perfect examples of this “double event” can be seen in the warring brothers Mufasa and Scar. These two characters are the only two to have mechanical masks, with Scar’s being the most complicated of the whole cast.

The face can move front-to-back and up-and down, and is operated by levers held in the performers hand, whilst the motors are actually hidden with the hips of their outfit.

As a result, actors tend to form an intimate relationship with the mechanics of their character, manipulating them in such ways to accent their acting and develop unique movements and mannerisms.

These complicated masks are complimented by more simple ones, worn atop the head like Nala and Simba’s.

Whilst these masks may not have as much physical range as their motorised counterparts, they still play a very important part in representing the emotions of their characters.

For example, when Mufasa is at his most gentle, speaking to his heir Simba, Mufasa goes as far to remove the mask entirely, representing the tender human-like relationship the father and son have.

Mufasa’s mask was built to appear strong, wholesome and powerful, is mane echoing the look and feel of a rising sun through burned and bleached peacock feathers, whereas Scar’s mask is entirely askew, angular and asymmetrical, signifying his own corresponding personality.

At no point in The Lion King however, are the performers hidden by the puppets they are using. Taymor felt that the transparency of the technology behind these puppet creatures was of equal importance to the emotions and stories they were evoking.

There is a certain art to their operation, one that deserves to be celebrated. Rather than trying to hide those operating the creatures, Taymor chose to have them and the intricacies of the technology clearly on display and incorporated into the animals movements, whether it’s the striking cheetah or towering giraffes…

This is seen quite clearly in Zazu, the majordomo to Mufasa and Simba, who could have been a simple kite or an actor wearing a beak, but instead became a hand-puppet.

Though small, The Lion King’s puppet acts as a mere extension of the performer’s portrayal, who is dressed in blue representing the sky and the act of flying, but shaped as a suit to represent his position.

Zazu also is the most complicated puppet within the show, operated by a number of levers, triggers and handles in order to animate his neck, eyes, wings and mouth.

Where Zazu is the most complicated, Simba is the most varied. As the star of the show, we see Simba grow from a baby to a adult lion, each stage is represented by a different kind of puppet and acting style.

Baby Simba is made of plastic foam, controlled by several levers that make his limbs move when Rafiki presents him to the Pride Lands atop Pride Rock.

In his early youth, Simba is operated by a dancer as he runs through the pride lands on a stick, animated by a rod and a series of triggers, but also as a shadow puppet operated by five people.

At the most crucial point in Simba’s life, when he goes through the emotional rollercoaster of bonding with his father, losing him and running away to Timon and Pumba, we see Simba as purely human through a child actor, but as he grows, Simba adopts a large lion mask like his father before him.

Of course, with so many puppets forming an integral part of The Lion King; a show that is performed several times a week for years on end, it is necessary for them to be as easy to wear and use as possible.

Materials like carbon fibre, plastic foam, silicone rubber and other extremely light sources were cleverly used to make the costumes as little a burden as possible. Mufasa’s mask weighs just eleven ounces, Scar’s seven and Sarabi’s four – even the tall giraffe heads weigh in at just two pounds each.

Pumba’s however, comes in as the heaviest costume in the company at forty-five pounds in total, although the elephant is the largest by size. 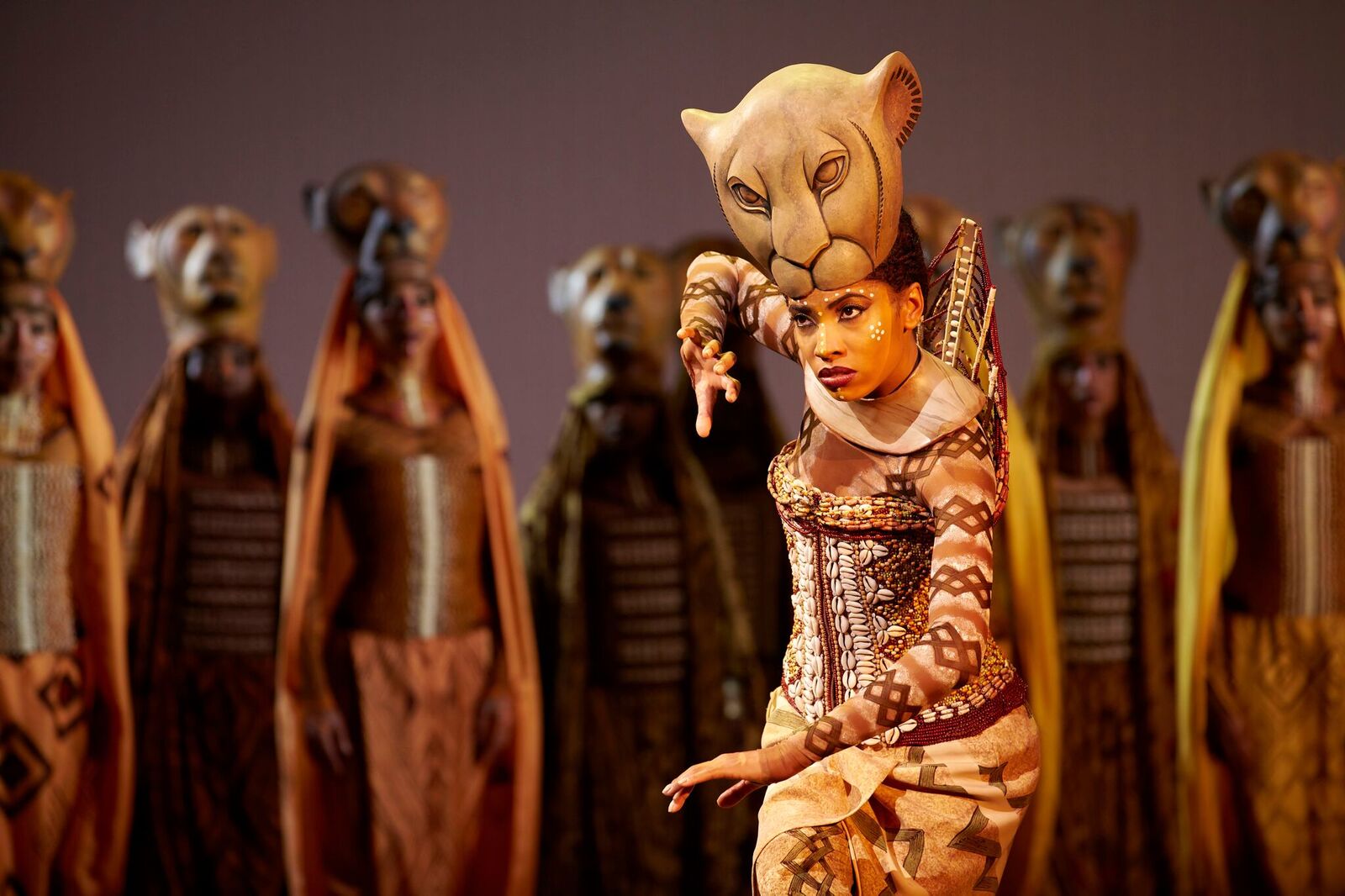 It’s easy to forget the sheer amount of work that goes into the creation of The Lion King, from the near 40’000 hours poured into making the costumes, to the months it takes to learn how to operate them, to the tireless upkeep necessary for the show. The perfect symmetry between actor and prop creates such an immersive experience that even with the technology on display, it can become easy to get caught up in the magic of the story.

The entire production is a testament to the hard work of Julie Taymor and Michael Curry, to the creative team, the trainers, choreographers, actors and more, who together have created a groundbreaking show.