There are so many things to consider when deciding on what university to go to as a student. Of course, there are the obvious things like ”˜do I like the course?’, ”˜does the accommodation look habitable?’, ”˜am I close enough (or far enough away) from home’? But arguably the most important things to consider are ”˜will I have fun?’ and ‘which is the best city for students?’

After all, university students work hard and play harder – they need to be in a place that can accommodate the evening’s activities as well as the academic side of things. Now as results are out, decisions have been made and Freshers looms above, the anticipation in the air is thicker than ever as students wonder if they’d made the right choice.

That’s why we at TickX investigated which cities in the UK have the most events per student, comparing, gigs, theatre, comedy and more to find out who came out on top.

Coming out on top by a clear margin was Newcastle, boasting a student population of over 10’000 from both Newcastle University and Northumbria University.

Although they have far less students in total when compared to London, Newcastle can lay claim to approximately 115 events per 1000 students – putting them at nearly 30 events more on average than the capital back in second place.

It might seem surprising, but Newcastle has been a beacon for higher education in the North since the establishment of Newcastle Uni as a School of Medicine and Surgery in 1834, making it one of the original red brick universities.

Over the course of the past two centuries, more and more students have gathered in the humble city, bringing with them the event organisers.

Of those 115 events, Newcastle sees a remarkable proportion (roughly 80%)  made up of purely live music where other locations see a mixed variety of gigs, club events, theatre and sport.

Coming in at second place is the capital itself, London. Through institutions like King’s College, Imperial College, University College London, SOAS, London School of Economics and more, London see’s a higher concentration of world-class establishments than any other city.

When the future generation aren’t pushing the boundaries of their educations, the capital city offers an abundance of museums, theatres, cinemas, clubs and more right on their doorstep, seeing them clock in at 87 events per 1000 students.

No matter what your interests are, London is a city that can accommodate them. You can always count on the world’s biggest musicians hitting up The O2 or Wembley stadium, the best in modern theatre gracing the West End, as well as the most interesting and intriguing acts nestled away at those hidden gem venues glistening across the city. 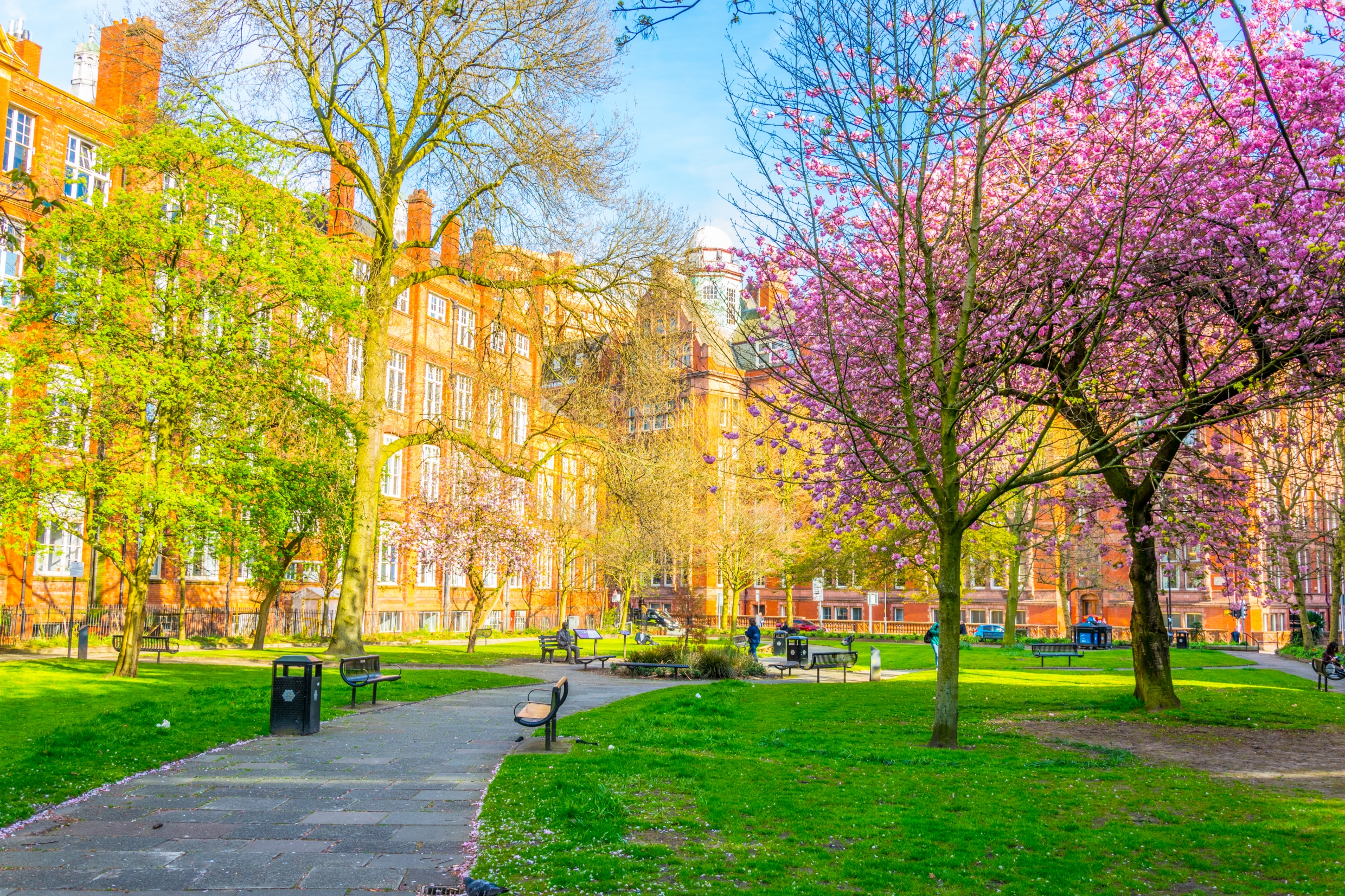 In the eyes of many, Manchester is to the North as London is to the South, a fantastic university city known for educating the greats from world-famous actors like Julie Walters, Richard Griffiths, and Benedict Cumberbatch to those at the forefront of science and philosophy such as John Dalton, Alan Turing, Brian Cox, Samuel Alexander and Nancy Rothwell.

Hey, even YouTuber Dan Howell called the University of Manchester his home before pursuing his YouTube career full time.

Whether it’s UoM, Manchester Metropolitan or Salford University, the powerhouse of the North entices in over 70’000 students and thousands of events placing Manchester second behind London for the sheer amount of things going on, but third overall at just 68 events per 1000 students.

Like London, Manchester pulls in some of the biggest acts in the world to play the Etihad or Manchester Arena, as well as unforgettable gig and club nights at Gorilla, Deaf Institute, Albert Hall and the Warehouse Project.

Perhaps the most interesting result of our research was seeing Bedford coming in fourth behind Newcastle, Manchester and London with approximately 37 events per 1000 students, beating out huge university cities like Liverpool, Leeds and York!

Following their merge with the University of Luton, the University of Bedfordshire now has a campus in the luscious southern city, inviting in nearly 4000 students to take part in their surprisingly active nightlife scene.

Music lovers can find themselves in Esquires, the Corn Exchange or Ent. Shed for a great gig from local and touring musicians, heading into The Empire, Six’s or Vogue for a night of pulsating bass and flashing lights.

Filling up the rest of the top ten are Bristol, Brighton, Glasgow, Birmingham, Wolverhampton and Liverpool, each ranking with 29-35 events per 1000 students each, marking a steep decline from Manchester’s 68.

Following on from, the top twenty continues to be populated by big university cities like Leeds, Sheffield, York, Edinburgh and Belfast, all coming in the low to mid-twenties per 1000 students, whilst some surprise entrants just pipped the top 30 like Nottingham, Stoke-on-Trent, Inverness, Hull and Newport.

Another surprise result came in the form of a clear winner. Oxford and Cambridge are constantly put head to head as the two oldest, most prestigious and most highly ranked universities in the UK, but it’s Cambridge that beat out it’s rival and entered the top 30 university cities in the UK. 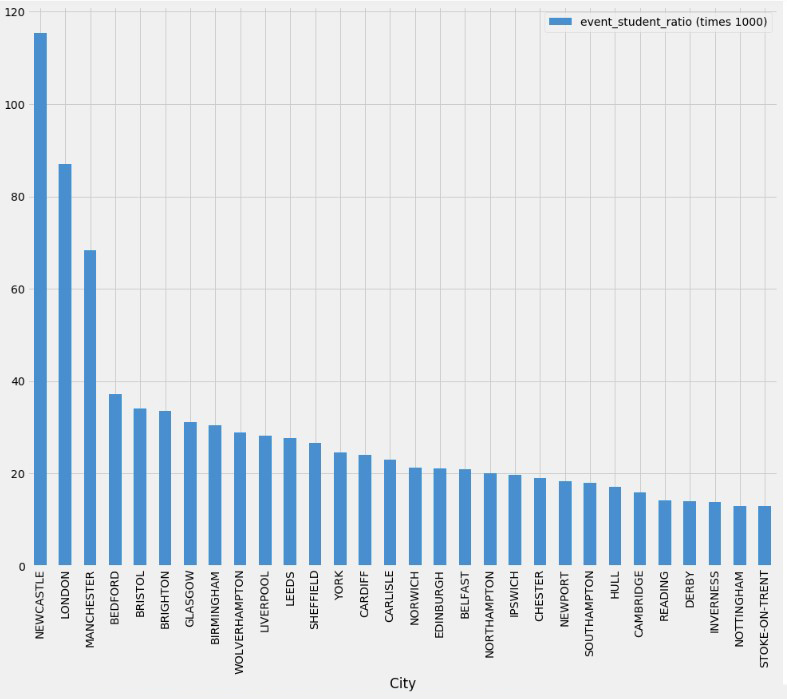